Our fourth day was spent heading south towards Grand Teton National Park. We made our way down past the Grand Prismatic Spring. We didn’t stop there, as the parking lots were full, and there were way too many people. We stopped at the Fountain Paint Pot Trail, which had several gysers, mud pots, and prismatic springs. We also got to see an idiot hop over the railing onto the hot springs surface to get a baseball hat. There were plenty of warning signs, and he made a lot of noise in hopping back onto the walkway. His wife and kids heard it, as did everyone else. We also all got hear her rip him a new one for risking his life for a baseball hat.

We also went to Old Faithful, and checked out the Old Faithful Inn. Both were cool to see, and overrun with visitors. I think we’re all glad we stopped by, but I don’t think I’ll need to see either again. I prefer less people when I try to enjoy nature.

At that point we headed down to the Grand Tetons. It’s impressive and beautiful. Our friends had grabbed the last campsite at the Jenny Lake Campground, and we headed down to meet them. On the way we stopped at a visitor center to grab the junior ranger book, and stopped to see a moose before reaching the campground. As we set up at the campsite we were greeted by a ranger who insisted we remove our van from the campground. Even though we were using a tent, he refused to allow a van, that could be camped in, to park in the campground. 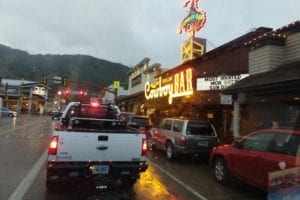 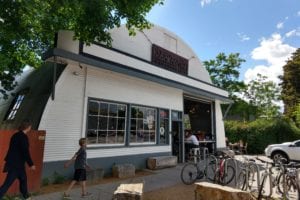 Having just bought a new skateboard for Alexander, the first order of 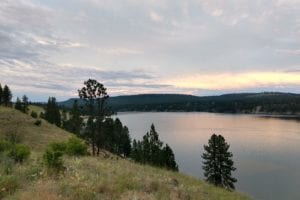 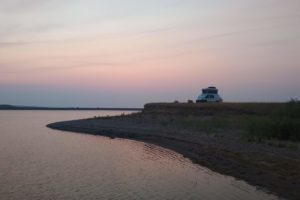 Another year, another…well, the same pandemic. It’s nice to have alternatives to