Having just bought a new skateboard for Alexander, the first order of business was skateboarding. Well, actually, it was the usual email and work at the coffee shop. We went to Clyde Coffee again. I also walked down to Runner’s Edge to get some trail running recommendations. The trails on Waterworks Hill were recommended for a run close to town, of a 3-5 mile length. After purchasing a map, I headed back get Alexander and finally head to the skatepark.

Several of the same people were at the skatepark again, including a couple of friendly kids on scooters, one of which was moving to Colorado, and his friend who was sad to see him go. There was also a guy from Portland who had helped a friend move to Missoula and was planning a skatepark tour around the northwest, so we compared notes. He was good, so I qualified all of my recommendations by telling him how terrible I was.

After skating for a couple of hours, I headed down the Kim Williams Trail along the Clark Fork River, across the Madison Street bridge, an up to the Waterworks Hill Trailhead. From there I headed up the Cherry Gulch Trail, where I came across a big snake. It wasn’t venomous, but it was big. After taking a photo of the snake I continued upwards until I intersected the North Hills Ridge Trail. From there I headed north past the Mountain View Trail until it looked like another storm was headed my way. I turned around, and headed back via the North Hills Trail, for a dirt loop of about 3 miles.

I stopped at Black Coffee on the way back to town. It’s a cool looking coffee shop in a Quonset hut. It’s super clean, minimal, and hipster. I needed some beans, as I had run out in the morning, so this seemed like the perfect place to get them. Unfortunately, I needed them ground, and they couldn’t do that for me. They also didn’t have WiFi. So, while very cool, with good coffee, it’s not going to be our morning stop while living in a van.

Shelby and Alexander stopped by for drink and then we headed to Bonner Park to cool off in the fountains, before heading for our campsite back at Lolo Creek, mosquitoes and all. We made dinner in a hurray, and quickly made our way into the van, being extra careful not to leave any doors open.

The campground host told us the only thing that works is DEET. Yuck. I guess DEET is better than the diseases you can get from mosquitoes, but I’m still not a fan. 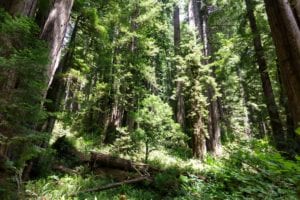 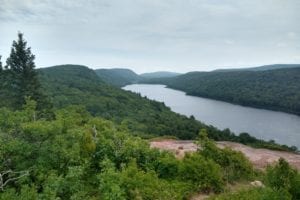